Go to content
You are here:
Göteborg Landvetter Airport
/
News
/
Air Serbia to expand its air transport network with a direct route to Belgrade

The Serbian carrier Air Serbia is expanding its air transport network in Europe and launching non-stop service from Göteborg Landvetter in time for summer. In mid-May, it will resume service to the Serbian capital, which it last served in 2013. 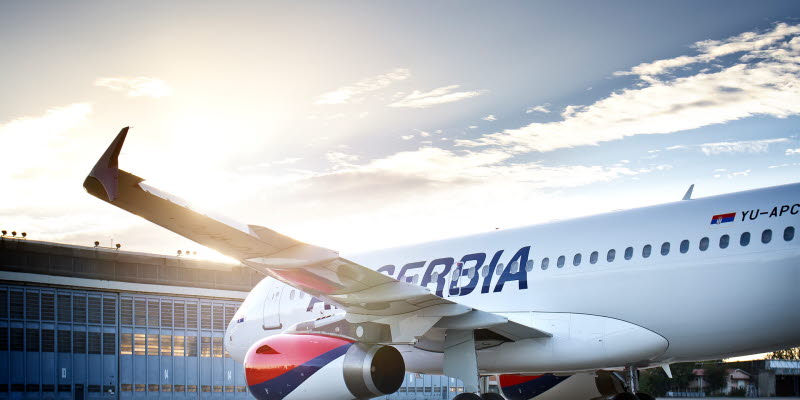 Serbia’s national airline, Air Serbia, is expanding its transport network from its hub in Belgrade and introducing four new European destinations in time for summer, one of them being Gothenburg. Non-stop service between Göteborg Landvetter and the Serbian capital will begin in May 2023, with three flights a week using an Airbus A319.

Belgrade, located at the confluence of the Sava and Danube Rivers, is Serbia’s capital and its largest city. West Sweden has a large share of residents who have roots in Serbia and the former Yugoslavia. Before the pandemic, nearly 25,000 passengers flew annually between Gothenburg and Belgrade, the majority of whom were leisure travellers who flew to visit family and friends.

Air Serbia flew between Gothenburg and Belgrade for a number of years until 2013. It will be the second operator on this route, with the relaunched service being a complement to existing traffic.

Starting May 18, 2023, Air Serbia will serve the Göteborg Landvetter Airport (GOT) – Belgrade Nikola Tesla Airport (BEG) route three times a week, on Mondays, Thursdays and Sundays. Tickets are now on sale at airserbia.com.