Göteborg Landvetter Airport will get another international route for the summer season. In early June, the Mediterranean carrier Air Corsica will offer a new direct route between Gothenburg and the French island of Corsica. 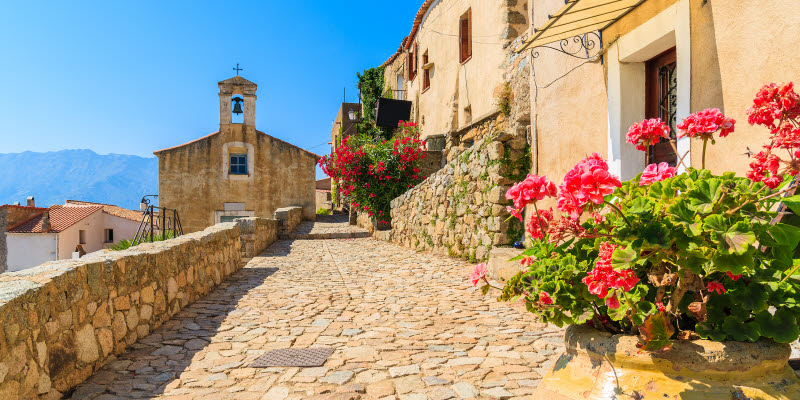 In early 2020, Air Corsica announced a new air link between Gothenburg and Bastia, but due to the pandemic the launch of service was postponed. Corsica’s largest airline is now establishing operations in the Swedish market and at Göteborg Landvetter and will launch non-stop service to the fourth largest island in the Mediterranean for eleven weeks during the summer.

The direct route between Göteborg Landvetter Airport (GOT) and Bastia Airport (BIA), in the northwest part of the island, will be operated once a week on Saturdays between June 11 and August 20. The route will be flown with an Airbus A320neo and have a flying time of about 2.5 hours. The majority of seats have been chartered by the Swedish tour operator Langley.

As access by air increases, Corsica has become more and more popular as a tourist destination from Sweden. Visiting the birthplace of Napoleon Bonaparte is not the only attraction – there are also magnificent landscapes, delightful beaches and the French food.

Air Corsica was formed in 1989 and has its main base in Ajaccio at Napoleon Bonaparte Airport. To reduce greenhouse gas (GHG) emissions into the atmosphere, Air Corsica is committed to implementing a modern and ambitious policy, based on the modernization of its air fleet, the reduction of general fuel consumption and aircraft weight. Air Corsica undertakes to finance projects to offset its CO2 emissions. The synergy between these actions will limit the carbon footprint and reduce CO2 emissions by 16% per seat/km by 2025, compared to 2019.