The airport operator Swedavia continues to contribute to the aviation industry’s climate transition through the annual public tender of sustainable aviation fuel (SAF) that Swedavia organizes with the aim of promoting sustainable business travel. The public tender makes it possible for Swedavia but also for other companies and organizations to reduce the climate footprint of their business trips, as sustainable aviation fuel has the potential to reduce lifecycle carbon dioxide emissions on average by up to 80% compared to the regular jet fuel it replaces. The 2023 public tender will begin in January and Swedavia is now welcoming more organizations to participate. 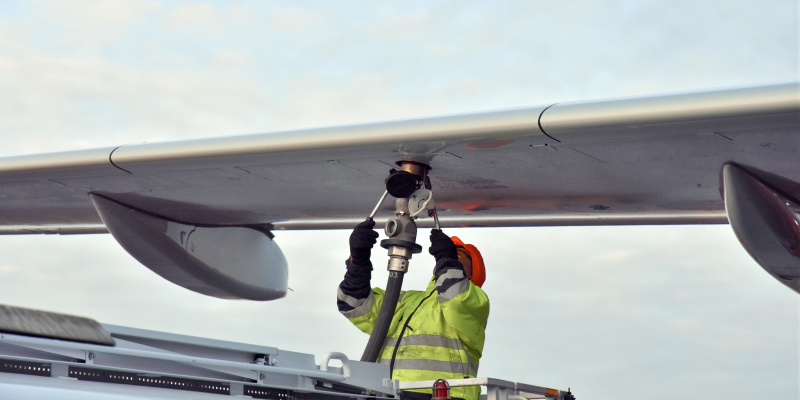 Since 2016, Swedavia has carried out an annual public tender for sustainable aviation fuel (SAF), to reduce the lifecycle climate emissions with respect to all of the company's own business trips. Within the framework of the public tender initiative, other organizations and companies are also offered to participate. Last year and for the third year running, in addition to Swedavia, a number of organizations and companies participated, such as the national emergency services provider SOS Alarm and the Gotland County Administration, and also the Port of Gothenburg.

Through the public tender, nearly 170 tonnes of fossil-free sustainable aviation fuel were refueled in 2022, the majority of which were used by Swedavia. The fuel corresponds to roughly 3 000 round-trip passenger flights between Stockholm and Berlin and an estimated emission reduction of roughly 500 tons of carbon dioxide compared to regular jet fuel. The majority of the sustainable aviation fuel was refueled at Stockholm Arlanda Airport between December 25 and December 29.

The 2023 public tender will begin in January, with the opportunity for more organizations to participate and contribute to the transition by flying more sustainably in their business trips.

The sustainable aviation fuel is produced from used cooking oil and waste animal fats, among other materials, by the Finnish refiner Neste and is delivered by Air bp. In accordance with current fuel requirements, up to 50 per cent SAF is blended with traditional fuel and is used with existing aircraft technology and infrastructure at the airport. Using SAF, has the potential to reduce lifecycle carbon dioxide emissions on average by up to 80% compared to regular jet fuel. This emission reduction applies to the fuel in its pure form.

Swedavia works to promote the transition to sustainable air transport with the goal that five per cent of all fuel used for refuelling at Swedish airports should be fossil-free by 2025. We have for many years, worked for a transition towards sustainable air travel at all Swedavia-owned airports. We have made this transition and became fossil-free in our own airport operations in 2020. Under the Swedish government’s Fossil-Free Sweden initiative, on which we base our work, the goal is to reach fossil-free air travels for all domestic flights in Sweden by 2030. For international flights, all flights taking off from Swedavia’s airports are to be fossil-free by 2045.