Come see the exhibition Light in Jämtland by the photographer Göran Strand at Åre Östersund Airport. 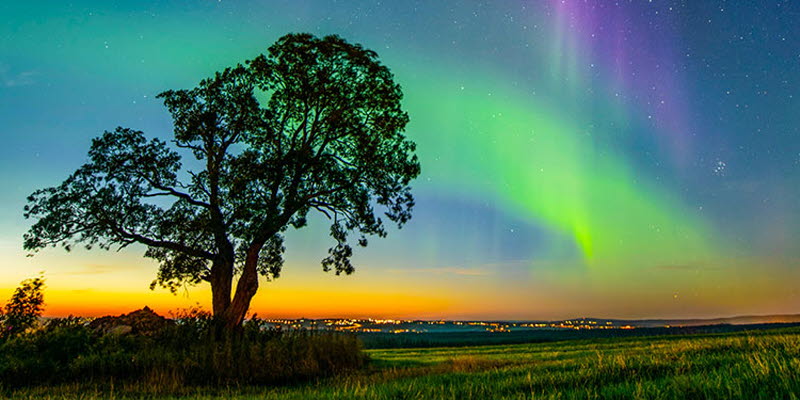 In recent years, this world-famous astrophotographer has won great acclaim for his pictures and video clips of different sky phenomena.

Göran Strand has contributed film and photo material to both Swedish and international film productions. Many of his pictures have been chosen as Astronomy Picture of the Day by NASA, the US space agency.

Don’t miss the chance to see his fascinating photos if you are passing through Östersund Airport.

The photo above shows the summer northern lights over the island of Frösön in northern Sweden.