Go to content
You are here:
About Swedavia
/
News
/
Swedavia to sell future major hotel property at Stockholm Arlanda Airport to Wenaasgruppen and O.G. Ottersland

Swedavia is selling the property now under construction at Stockholm Arlanda Airport that will be a major hotel to a Swedish limited company set up by Pareto Securities and owned by Wenaasgruppen AS and O.G. Ottersland AS. The hotel, to be completed in late 2019, is located immediately adjacent to Sky City. It will comprise 503 rooms as well as bars and restaurants spread over 20,000 square metres and 14 storeys, making it the largest airport hotel in the Nordic countries. The sale is in line with the strategy Swedavia adopted for creating and realising value in order to further invest in the airport's competitiveness. 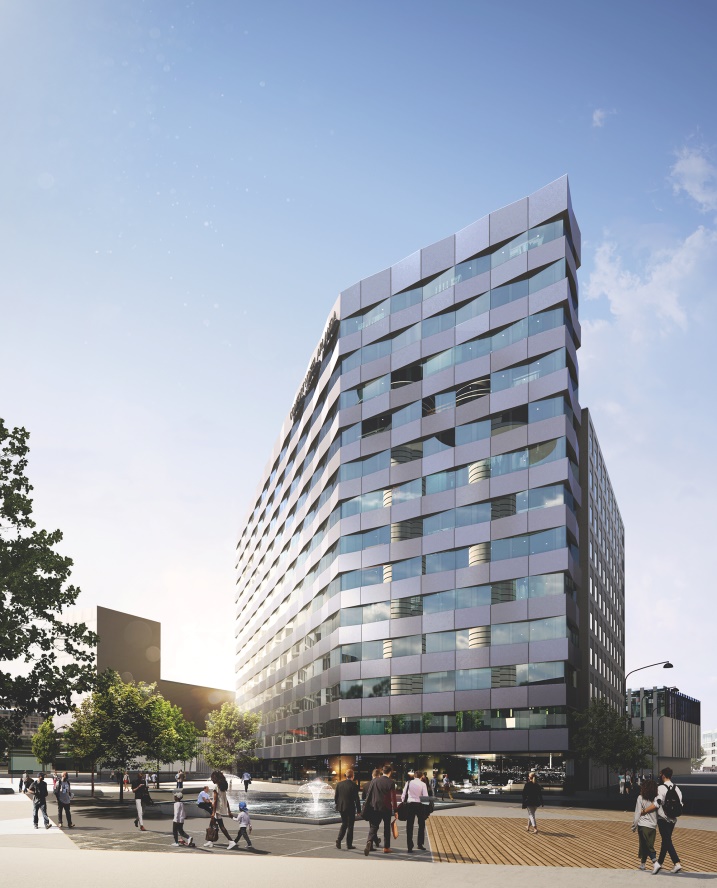 This year, more than 40 million passengers will fly to or from Swedavia's ten airports, the highest figure ever. Meanwhile, air travel is growing rapidly and technological advances are occurring at a fast pace. So we are now building the airports of the future – larger, more accessible and more modern – which will create growth for Sweden.

"Stockholm Arlanda Airport is growing rapidly. Since 2010, passenger growth is up 56 per cent, from 16 to more than 24 million passengers a year. Since 2013, Stockholm Arlanda has added 19 new intercontinental air links. To meet this growth and the increased need for accommodation options, this hotel, which mostly targets leisure travellers and families in the affordable luxury segment, is being built," says Jonas Abrahamsson, president and CEO of Swedavia.

Swedavia is developing the airports of the future and Scandinavia's most important meeting places. The hotel will be located next to Sky City, with its wide range of shops and restaurants, and is one feature in the development of the district close to the airport terminals. The district will offer good transport links, modern offices and new hotels as part of Airport City Stockholm, which is now taking shape around Stockholm Arlanda.

Nordic Choice Hotels will operate the new hotel under its Comfort brand on a 20-year lease. The property will be certified as Very Good in accordance with BREEAM environmental sustainability standards. The transaction is being carried out at an underlying value of just over SEK 1.3 billion. The capital gain is estimated to be about SEK 350 M, and occupation is planned for 2019.

"The property really meets investors' demands – that is, it will be delivered turn-key, fully leased on long leases. With this sale, we create scope for more value-creating investments at Stockholm Arlanda. The deal is fully in line with our long-term strategy, and I am pleased that we can now continue the development of Stockholm Arlanda with new projects," notes Karl Wistrand, chief executive of Swedavia Real Estate AB.

Cushman & Wakefield and the law firm Skierfe Advokatfirma served as advisors to Swedavia. Wenaasgruppen and Ottersland worked in collaboration with Pareto Securities and the law firm MAQS Advokatbyrå on the deal.

Wenaasgruppen is a family company that owns 24 hotels with a total of 10,407 rooms. The company's total property portfolio is valued at about NOK 19 billion. Wenaasgruppen focuses on large hotels in cities and at airports in northern Europe and Russia. The company owns airport hotels in Oslo, Copenhagen, Moscow and St. Petersburg.

The picture shows an architect's rendering of the future hotel at Stockholm Arlanda Airport, which will be completed in late 2019.